SEER stands for Seasonal Energy Efficiency Ratio. The seasonal energy efficiency ratio is the amount of cooling that a heat pump (or air conditioner) delivers per watt of electricity used to power the heat pump. In other words, a higher SEER unit uses less electricity.

As 2015 rang in so did the road of transition away from 13 SEER equipment. Split system Heat Pump equipment with a manufactured date before January 1, 2015 can still be sold until inventory is depleted. Here in lies the unknown factor. All manufactures had to make decisions on how much inventory to pile up before January 1, 2015. How long will independent dealers offer 13 SEER equipment to the consumer? At what point will pricing become unstable? Will replacement parts be over priced at the end of the manufacture warranty?

I have talked to sales representatives from many manufactures. There is definitely not a clear uniformed strategy among them. Some of the lower end (builder) models will probably be available for most of 2015. Most expect the standard residential replacement models to be available throught the 2nd quarter of 2015. A lot of the manufacturers are still in the process of getting new product into the market place.

Below is the official statement relating to the phase out of 13 SEER systems.

On April 24, 2014, the Department of Energy and the American Public Gas Association (APGA) has reached a settlement agreement on the implementation of the Federal Regional Standards. Conditions under the terms of the agreement are outlined below.

Federal regional efficiency requirements are summarized in the illustration below: 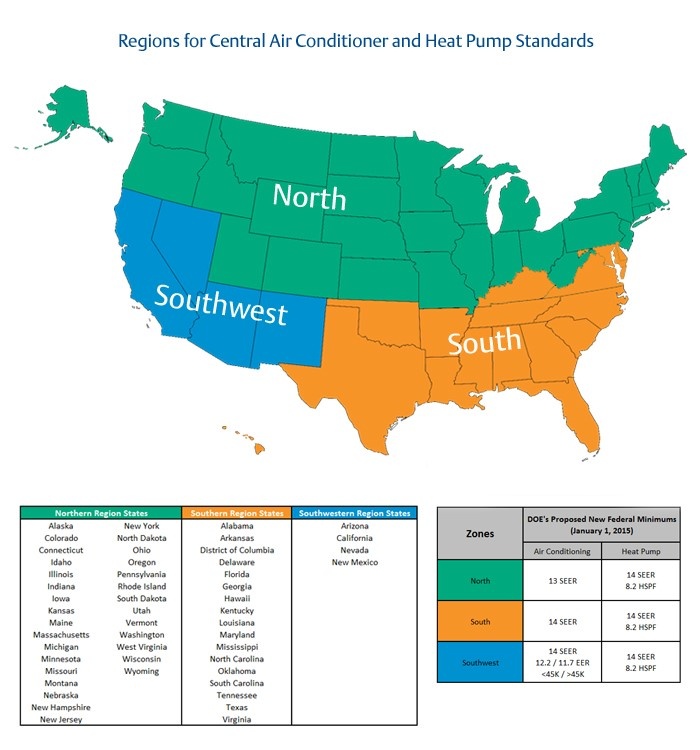